Farmers mill have been simply over whelmed by what NZ's best Bakers have achieved in the Great New Zealand Bread Bake Off.

The most accomplished bakers from around the country fully embraced the bake off concept with over 150 entries in the static event and immense interest in the Live Bake Off. Among the many outstanding bakers that gained awards, we have seen a huge passion for baking and the craft that is required to bake such an amazing array of international breads. In return Farmers Mill are proud to say "we thoroughly share the passion of our Great New Zealand Bread Bake Off bakers' for demonstrating the process from Paddock to Mill to Bread".

Richard Waite is the Supreme Winner of The "Live Bread Bake Off". 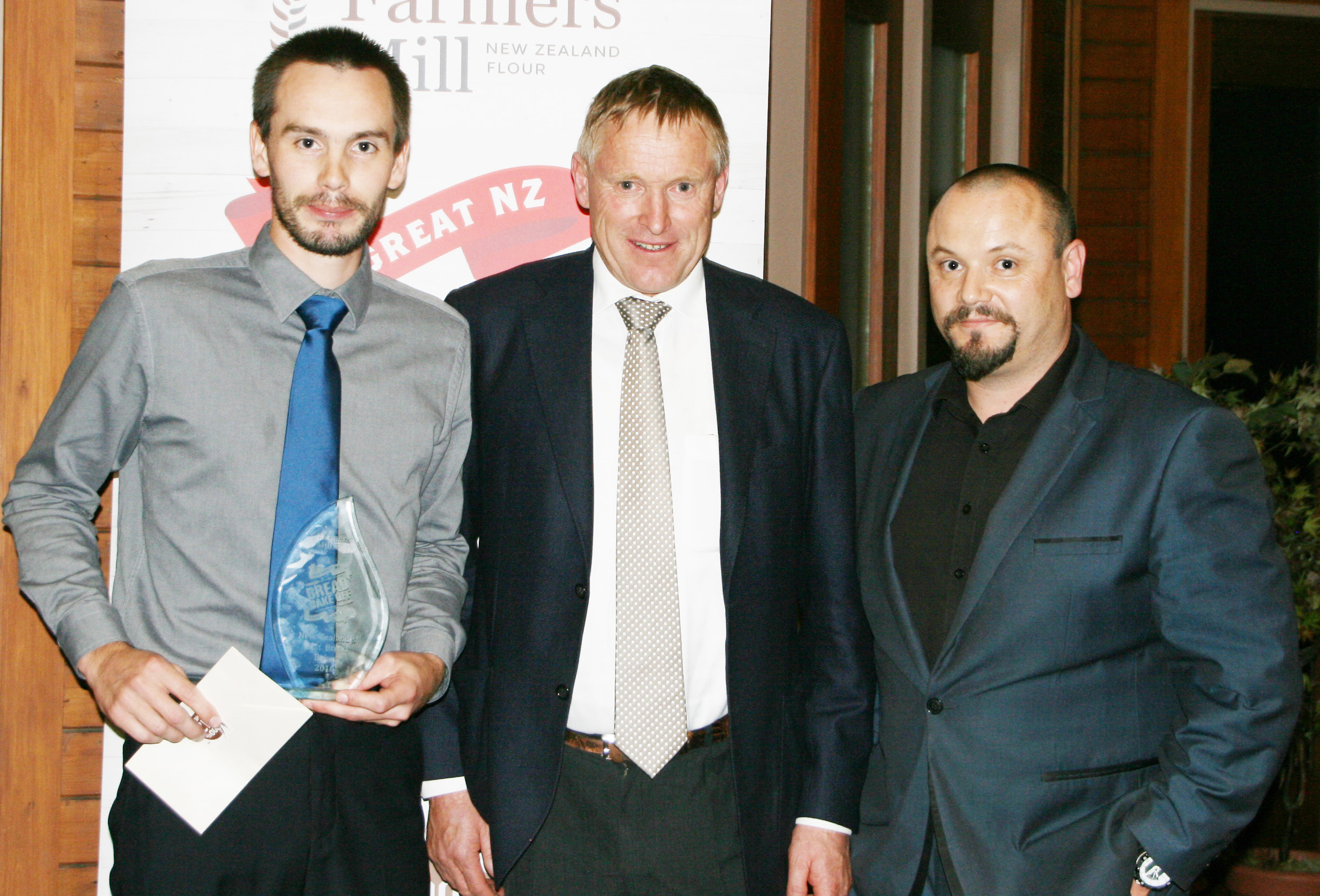 Congratulations to Richard Waite from Melody's New World in Palmerston North for his stunning "Swiss Fig and Walnut Loaf". With a crusty shell and dense fruitful centre, this loaf was produced with the addition of an overnight fermented dough. 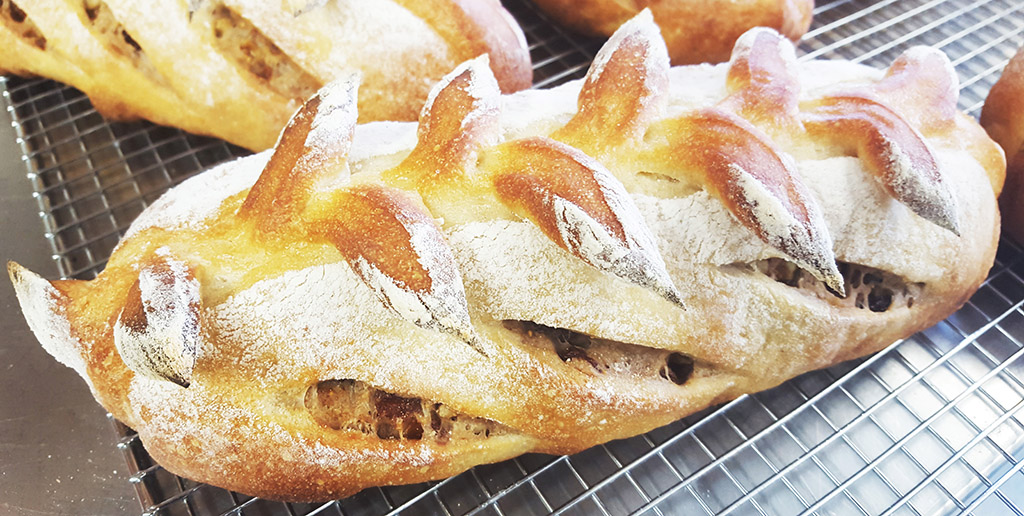 
Champion of the Champions

Michael Kloeg is our grand winner of the Static Competition
for the International Bread Bake Off. 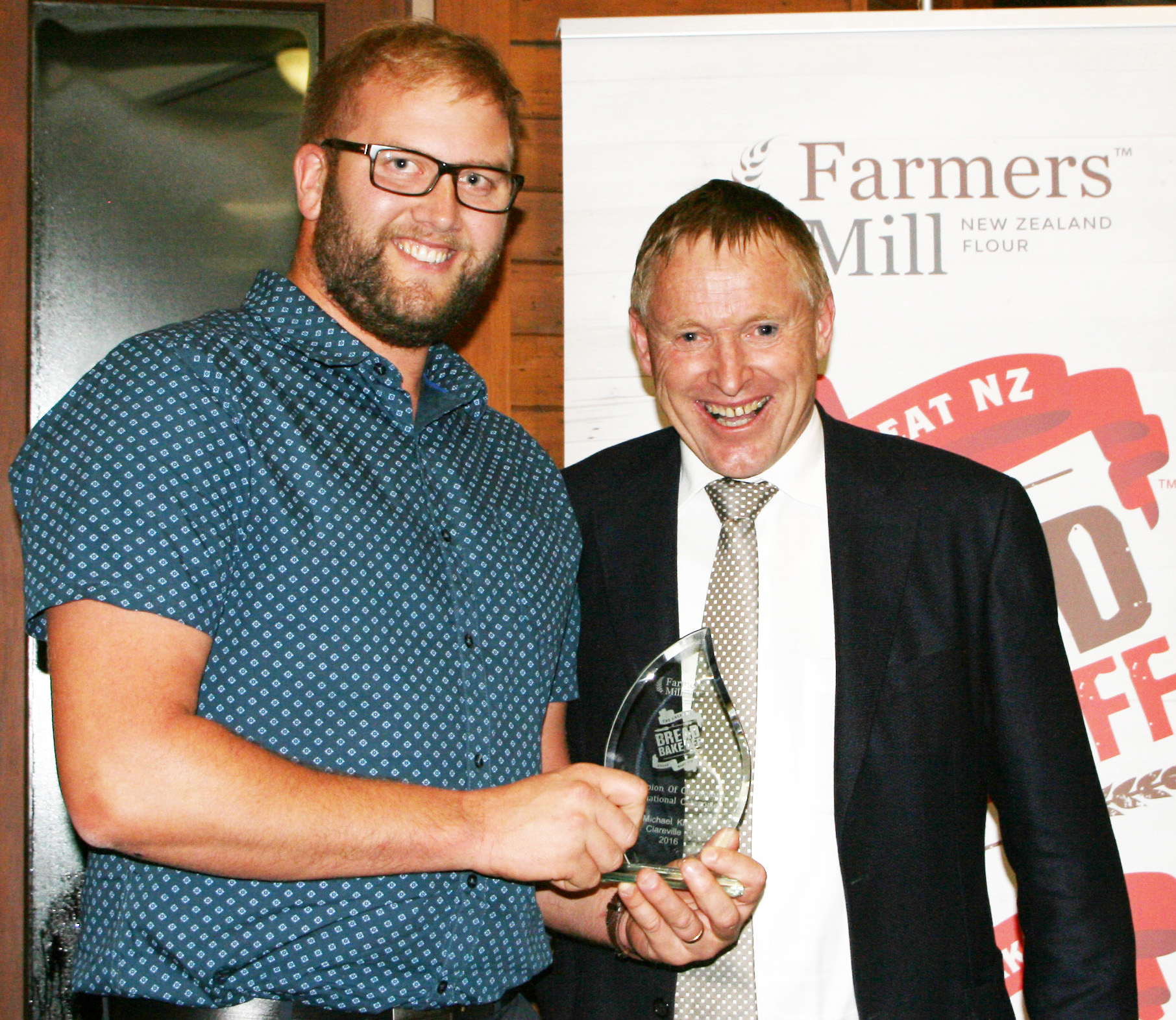 Michael Kloeg from The Clareville Bakery was awarded 'Champion of Champions' trophy for his efforts in the Static Competition. Michael also won the 'German section' with his Rustic German Rye. The bread, a rich flavoured sourdough, fermented over 36-48 hours is made with 50% wholemeal flour, 40% white flour and 10% rye. Michael obtained most points over-all in the competition, with the highest scoring bread and placings in multiple categories. If you are looking for good breads, head out to see Mike and Rose at The Clareville Bakery.

The Sensational Entries for the Live Bread Bake off 2016